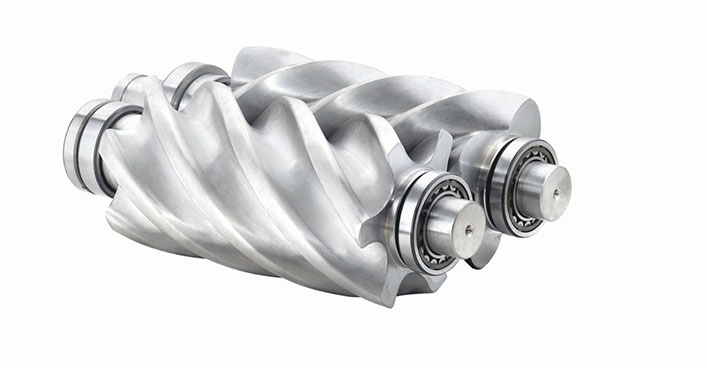 The two most popular compressors of today comprise the Rotary screw (spiral rotor) and the piston.

A screw compressor was first created in the mid-1950s and later developed to operate with the reciprocating piston as well as centrifugal engines used in industrial, commercial, and gas applications.

In oil-injected engines, the female rotor is controlled via the male one by thin layers of oil. Dry screw compressors utilize an array of synchronizer gears to get exact rotation.

If power is applied to the male's rotor it starts to break out of the mesh of the female rotor, leaving an opening that allows gas to flow by the outlet. When the rotor is moving through the inlet it continues to grow until the gas fills the gap.